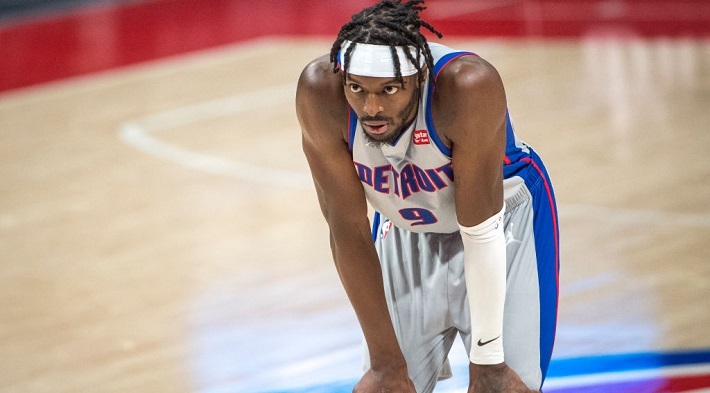 With under a month until the NBA trade deadline, we can expect rumors and reports about teams having conversations to pick up in the coming weeks, although most fans know that talks typically drag on until the last possible moment before a deal actually gets done.

On Tuesday, one of the top players expected to be on the move, Myles Turner, was announced as having a stress reaction injury in his left foot that will sideline him for a minimum of two weeks and likely through the February 10 trade deadline, putting a serious damper on his hopes that he would find a new situation with “more opportunity.” With Turner dealing with a foot injury that figures to make teams a bit apprehensive about dealing for him, Jerami Grant becomes the player with the most trade buzz around the league.

Detroit’s rebuild has placed Grant on the market, as the Pistons seek out draft assets and younger talent to go along with Cade Cunningham, and after a strong year in 2020-21 and a summer with Team USA, Grant is a coveted player for teams both in the contender realm and those hoping to become one at the deadline. Because so many teams can see Grant as a fit and the type of player that can take them to the next level (both play-in team to playoff team and playoff team to contender), there are a lot of interested franchises, according to Jake Fischer of Bleacher Report.

The Lakers, Trail Blazers, Knicks, Jazz, Wizards, Celtics, Pacers, Timberwolves and Kings have all signaled interest in the 27-year-old.

The frenzy comes one year after Pistons general manager Troy Weaver swiftly declined any inquiry about Grant’s availability after the forward surprisingly chose Detroit in free agency. Sources say Detroit is now asking for two first-round picks or one first-round pick plus a high-upside young player.

As Fischer goes on to note, Detroit’s asking price is in line with what the Magic got for Aaron Gordon a year ago, and, like Gordon, Grant will be seeking a healthy extension in the 4-year, $112 million range this coming offseason. As for that group of teams that are interested, the Lakers and Jazz have little in the way of draft assets and young players, making them look like longshots to land Grant, while the Wizards are the favorites, per Fischer, given Grant’s ties to the D.C. area as well as Washington having the right combination of young players, filler contracts, and draft picks (and motivation to be a playoff team) to make a deal happen.

Still, the expectation is that the Pistons will let talks continue up to the deadline, as they hope to spark a bidding war as teams grow increasingly desperate to make a move and solidify their position. Like Turner, Grant is currently sidelined after thumb surgery, but that hasn’t put a damper on trade inquiries as he’s not expected to see long-term effects from the injury and should return not too long after the trade deadline for whatever team he’s on.