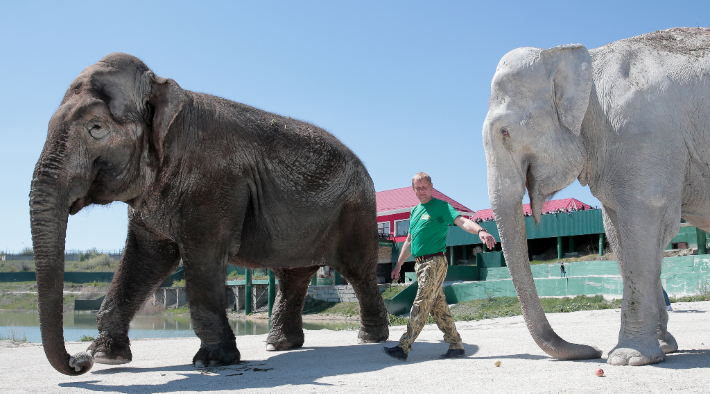 The most American thing there is, more so than apple pie or student loan debt, is people overestimating their ability to do things. Every now and then, something on Twitter gets ratio’d to hell and back because they say they can score a point in an NBA game or something, and it all stems from a specific place: For whatever reason, it is very hard for regular folks to admit they are not as big/fast/strong/coordinated/etc. as they would like to be.

All of this is a primer before we dive into a new poll by YouGovAmerica. The question they were posed was “Which of the following animals, if any, do you think you could beat in a fight if you were unarmed?” Here were the results:

What animals do Americans think they could beat in a fight? It doesn’t look good for the human race…

Listen, I’ll admit that “beat in a fight” is a pretty broad scope. It does not consider how the animal reacts to being in a fight, nor does it necessarily mean one lives while the other dies or anything like that. The question has room for interpretation and I assume some folks got creative in how they answered it, although “you were unarmed” should have been a major, major tell to those who responded to this poll that you were going to be put in a situation where you would get thrashed in a fight.

Having said that, come on, now. Who are the eight percent of Americans who believe they could beat up a dang elephant or a dang gorilla OR A DANG LION? They are all big and strong and more powerful than humans, and especially in the case of lions, have a hunter’s instinct that they have to tap into to survive, whereas we get hungry and eat some Fritos or an apple we got at the store or something. Any person who believes they could defeat any of these animals in a fight should put their money where their mouths are. Again, perhaps you are banking on elephants being gentle creatures or something, but when it comes time to scrap, you’re toast. Everyone should know this.

Of course, more things on here are absurd, like only 17 percent of people thinking could beat up a chimp (chimps are MEAN) or any people going “yeah man I could take a bear, no problem,” let alone six percent of them. And who in heaven’s name thinks they can take out a kangaroo? Kangaroos are jacked and have big claws and if they kick you every single thing in your torso is going kaboom. Every adult should have to take grade school science classes once every few years, this is ridiculous.