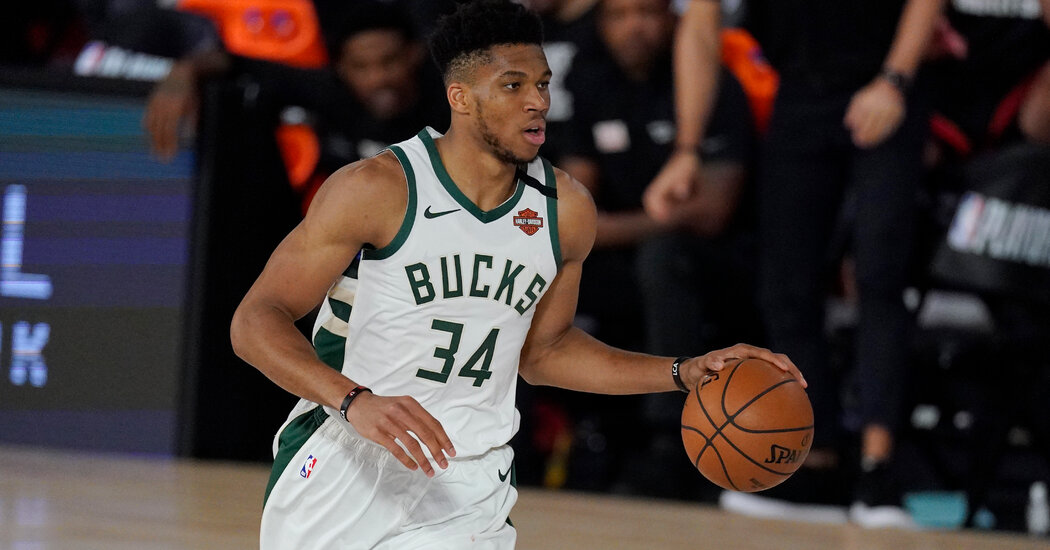 Adam Silver, the N.B.A. commissioner, pledged in September 2019 that the league would enforce its anti-tampering rules more stringently after numerous free-agent deals in June 2019 became public within minutes of the start of free agency, suggesting that they had been negotiated in advance. The maximum penalty for a tampering violation was raised to $10 million from $5 million and set at $6 million for teams making unauthorized agreements with players, with Silver adding that penalties could also include voiding contracts, suspending team executives and forfeiting draft picks.

Goran Dragic will re-sign with the Miami Heat.

Dragic told The Associated Press that he had agreed to a two-year deal to remain with the Miami Heat after helping lead the team to the N.B.A. finals last season.

“Happy to be back,” Dragic told the A.P. “That was my plan, to come back, but in this crazy business you never know.”

Dragic, 34, had a terrific season in Miami, averaging 16.2 points and 5.1 assists a game — mostly off the bench. He excelled as a starter in the postseason, averaging 19.1 points a game as the Heat made a deep run in the bubble. But he injured his foot in Game 1 of the N.B.A. finals, and his absence at point guard went a long way toward derailing the Heat’s title hopes against the Los Angeles Lakers.

What does Klay Thompson’s injury mean for the Warriors?

Bob Myers, the general manager of the Warriors, recalled getting the bad news from one of Thompson’s agents. It came in the form of a text message:

It was only hours before Wednesday’s draft, and the news quickly circulated among Thompson’s teammates and friends around the league, and among fans who had been rooting for the Warriors to reassemble the pieces needed this season for another title chase.

But that calculus had all changed by Thursday, when tests revealed that Thompson — one of the great shooters of his generation and a key cog in three championship runs — would miss the season after tearing his right Achilles’ tendon during a workout in Southern California.

Thompson, 30, missed all of last season after tearing the anterior cruciate ligament in his left knee in the 2019 N.B.A. finals. Back-to-back seasons for a player in his prime: Gone.